Italy is famous for its fashion, so where better to discover the latest trends than with me, in the heart of Italy’s capital, on my Rome fashion tour? On this unique, tailor-fitted tour, I will walk you through Rome’s ancient streets, seeking out the capital’s main fashion houses, special boutiques, and the most sought after exponents of Italian Haute Couture.

My four-hour itinerary combines culture and history with an in-depth look into iconic Italian fashion trends, both past and present. As a certified personal shopper, I am the perfect person to guide you through the best of what the Eternal City has to offer. Read on to learn more about what this Rome fashion tour entails.

Starting at the heart of Rome’s fashion district, the first attraction we’ll visit is the Museo Boncompagni Ludovisi. This small but atmospheric palazzo was transformed in 1995 into a museum for fashion and the decorative arts. Among its collection of over 800 clothing items and fashion accessories, we’ll find pieces by such star names as Valentino, Fausto Sarli, Renato Balestra and the Fontana Sisters.

We’ll then visit Valentino Garavani’s flagship atelier, Palazzo Valentino, situated a stone’s throw from the Spanish Steps. I like to think of Valentino’s style as capturing something of the city as a whole – his sinuosity and figure-hugging cuts echo the curls and curves of those masterpieces of the Roman Baroque you see carved on church facades throughout the city.

Next up are the legendary Spanish Steps. In the 19th-century, models would loiter around its tumbling balustrades, in eager anticipation of passing trade from passing painters. Models no longer frequent the steps, and Selfies have substituted portraits around the Spanish Steps. But Rome’s young and beautiful still gather here in the evening to meet friends and make plans for the night ahead.

Discover Bulgari, Fendi, and other household names of Italian fashion

The area around the Spanish Steps is awash with luxury brands. We’ll make our way down the famous Via dei Condotti, named after the conduits that carried water from Rome’s aqueducts to the Baths of Agrippa.

This street is the Roman equivalent of London’s Bond Street or Paris’ Rue di Faubourg-Saint-Honoré. Here you’ll find some of the biggest names of Italian fashion, from Dolce & Gabbana to Gucci; Armani to Ferragamo.

We then make a stop at the iconic Trevi Fountain

From Via dei Condotti it’s just a short stroll to the Trevi Fountain. This ostentatiously Baroque monument was immortalised in Federico Fellini’s 1960 film ‘La Dolce Vita’, where Anita Ekberg waded wistfully into its waters, pursued by the enraptured Roman journalist played by Marcello Mastroianni.

Such scenes have transformed this area of Rome’s center into a true ‘Holywood on the Tiber’. On your Rome fashion tour, I’ll walk you through the scenes, the fashion, and the sites that have embedded Rome in the global conscious as an A-List city, synonymous with style.

Venture down Rome’s Broadway and duck into Galleria Alberto Sordi

As we make our way down Via del Corso, once one of Rome’s main consular roads and now the Italian capital’s Broadway, we’ll duck into a stunning 20th-century shopping centre, Galleria Alberto Sordi. Galleria Sordi has been the capital’s consumerist centre for over a century, housing a cornucopia of high-end stores for men’s, women’s and children’s fashion.

The next stop on our fashion tour is the Pantheon

Built under the emperor Hadrian in the early first century AD, the Pantheon is the best-preserved and most breathtaking ancient monument in Rome. But what was it built for? Why is its famous dome hollow in the centre? And why did the Pantheon survive when almost all of Rome’s other pagan temples were destroyed? Find out all this and more on this Rome fashion tour! 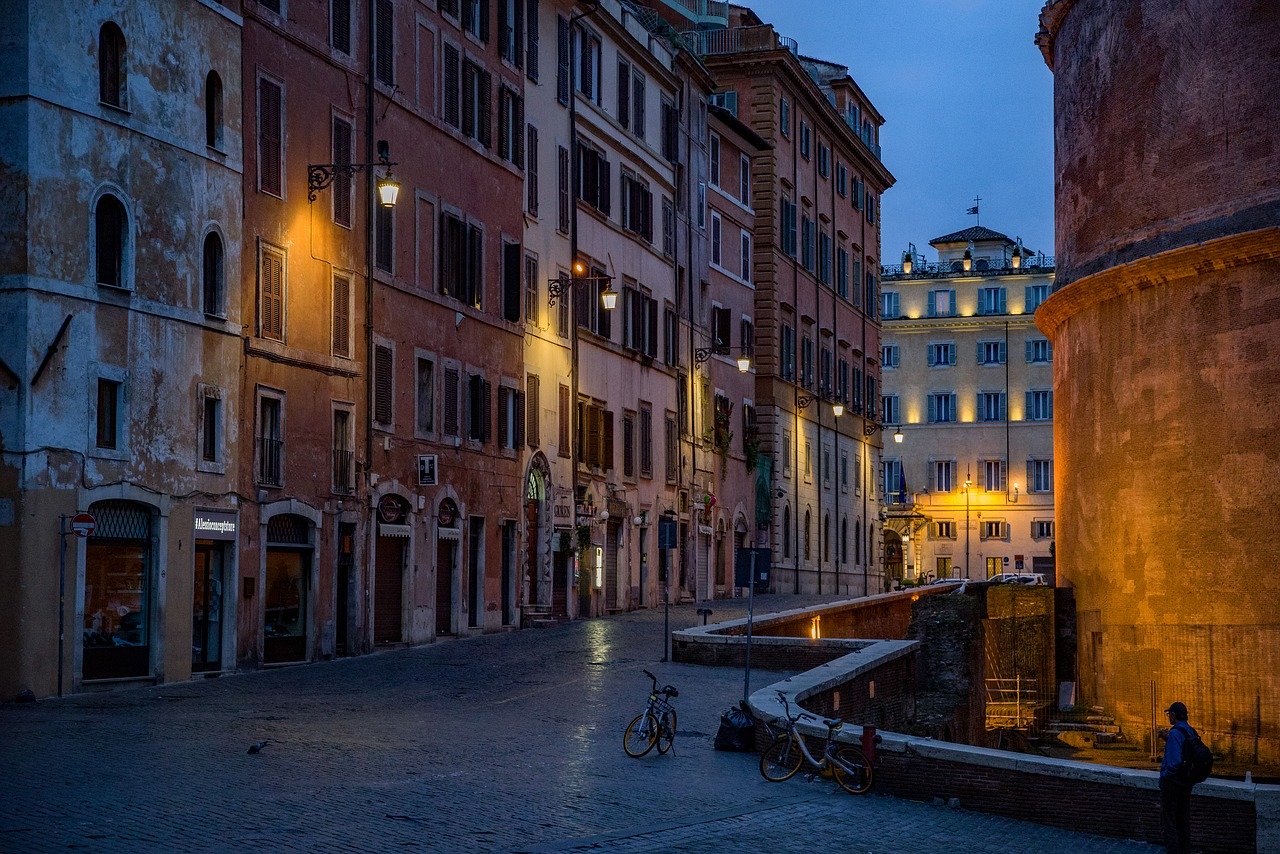 The “Square of Flowers,” as it means in Italian, is an intriguing evening spot. Having done away with its daily farmers’ market, it becomes a buzzing hangout spot for those caught up in Rome’s famous nightlife – ‘la movida romana’. Locals and tourists intermingle, spilling out of traditional bars and soaking in the city’s unique evening atmosphere. It’s also around this fashionable hotspot that you’ll find a wealth of artisan and individual boutiques, just waiting to be explored as you discover their treasures.

At the end of your Rome fashion tour I can recommend one of my favourite places to go for aperitivo, an Italian tradition the world would do well to adopt. What better way to end an evening of fun and fashion than right in the centre of the Eternal City’s night-time action!

Your Rome fashion tour can be fully customized in case there’s something specific you’d like to see. You can also combine it with other tours and experiences I offer: pack in maximum culture into your day with an Early Vatican tour or immersing yourself in the city of the Caesars on my Complete Ancient Rome tour.