Today we’re looking at a staple of Roman street food; a deep-fried ball of delight; one of the main reasons I could never pack up and move to New York – the inimitable, delicious supplì.

Okay, maybe not inimitable. Supplì are strikingly similar to Sicilian arancini – other deep-fried delights of rice and ragù sauce. But there are some key differences that set them apart, and make them one of the edible highlights of the Eternal City.

Supplì is a simple recipe of boiled rice, tomato sauce, an often meat-based filling, and mozzarella, coated in breadcrumbs and deep-fried in oil.

Historically, Romans would find them at their local friggitoria (fried-food eatery). But while some still exist, these are increasingly on the decline. Now you can find them in most restaurants and pizzerias, as an antipasto (starter) or snack to eat on the go.

If you want to try making them at home check out this recipe for Roman supplì.

Supplì comes from the French surprise which – you guessed it – means surprise! Why surprise? Because French visitors to Rome in the 19th century were surprised at how good the filling was of these deep-fried breadcrumbed balls.

And just think that this came from the French, who boast some pretty decent food of their own!

There have been other incarnations of this long-established staple, like supplì al telefono (“phone supplì”).

This has nothing to do with eating them while on the phone (though almost all Romans are guilty of this too). It refers to their appearance when they’re broken and the gooey mozzarella stretches out like chords of an antiquated telephone.

The best supplì in Rome

As with anything food related, the best place to go in Rome is a hot topic, likely to evoke passionate debate and heated argument. My personal favourite spot is Il Trapizzino in either Trastevere or Testaccio.

Il Trapizzino is perhaps unsurprisingly known for its trapizzino – hollowed out bread stuffed with a range of delicious fillings. (I’ll write more about this later!) But their homemade supplì are also to die for. 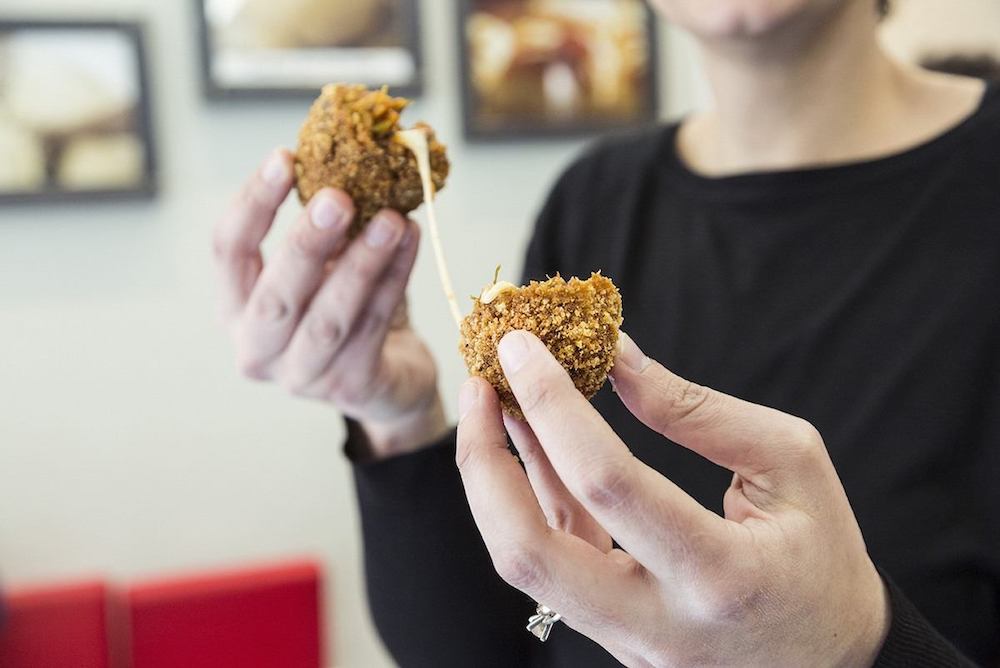 Remember: with Roman food, the simpler, the better

Has this blog post whetted your appetite? Why not join me for my Rome Bites: Food and History tour – the perfect way to combine culture and cuisine as we explore the highlights of the Eternal City!

Until next time Baby Bears!